Give away a voucher, 3 hotels to choose from. Make someone alpine joy, according to his wishes! 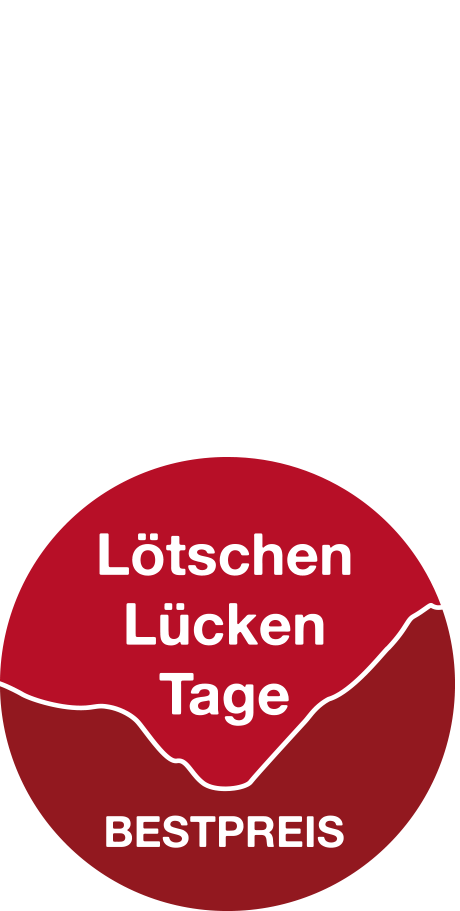 It was during the impulse programme “Lötschental Plus” back in 2009 that the idea of a hotel partnership began to emerge. The turning point was an information event run by the Lötschental Christian Democratic People’s Party (CVP) with the participation of State Councillor Jean-Michel Cina on 2 November 2009. “There is nothing more powerful than an idea whose time has come,” said Peter Lehner, the Director of “Lötschental Plus”, quoting literary and political publicist Victor Hugo.

On 15 July 2010, an information event took place in Kippel organised by the Lötschental Hotel Association, followed by several basic workshops involving the hotels that were interested in developing a partnership. Under the working title “Lötschental Group”, an initial agreement of cooperation was reached, then with five hotels. On 21 January 2011, the media was informed to great national acclaim. This start-up process was financed partly by “Lötschental Plus” and partly by the Canton of Valais.

In 2011 and 2012, several individual and inter-company workshops took place, this foundation stage being led by Dr Marcus Frey from CFB network AG, with support from project officer Peter Lehner from Lehner Management. Strategic positioning was developed together with advertising agency Context in Bern, who also developed the corporate design.

On 19 December 2012, the joint name and logo were revealed to the public and the media. “The Lötschental Group - simply more holiday” was born - with the brand promise to ensure guests experience more of the Lötschental valley in a more intense way.

With the formation of the public limited company in January 2013, the hotel partnership received the necessary professional structure it needed. Since Summer 2013, the campsite and car park with its snack bar at Fafleralp have also been brought under the wing of the The Lötschental Group.

The success of the partnership lies in the combination of comprehensive transparency among the partners, joint cost management, shared influence in the marketplace, consistent structures and processes as well as coordinated investment and financial planning.